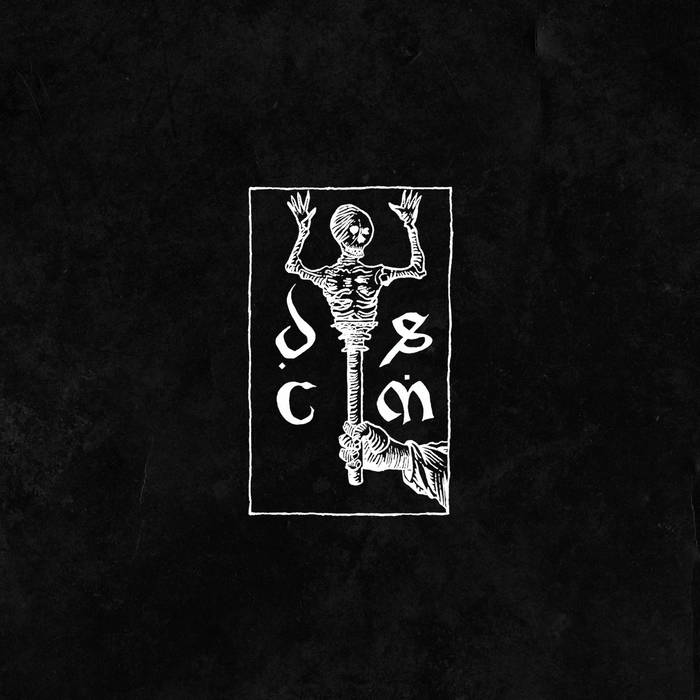 "DSCM release their debut album: Intriguing, enchanting, cinematic & gothic delights captured ... Bristol has a wildly diverse scene and one of the most intriguing bands around are Dead Space Chamber Music. If you want to step away from the mainstream and feed your head then read on – you’ll be enchanted and intrigued." Jonathon Kardasz, Bristol 24/7 www.bristol247.com/culture/music/interview-dead-space-chamber-music/

"We were thrilled to recieve this album. Dead Space Chamber Music are doing something visionary, unique and beautiful. What I imagine the more halcyon moments of Diamanda Galas's dreams must sound like. Great album, check it out" Cyprianus Augustus, The Unquiet Meadow, Asheville FM, USA.

"Playing the best possible music, the most beautiful, inspiring and stimulating music, I have a shot at doing that every week and I came up trumps this week: this is by Dead Space Chamber Music... This is absolutely gorgeous, really really beautiful….I’ll play every precious second of this aural nectar...its engaging and shockingly brilliant stuff, so go ahead and enjoy it!" - Phil Vickery, InTune BCFM Bristol 93.2FM

Review of a performance of the album in full:
“Imagine you’ve just awoken and you’re wandering the corridors of a space station, but it’s not the clean, functional corporate sort of space station that the USS Enterprise would dock at; nor is it the beat up, lived in funky sort of space station where you’d find the Millennium Falcon. This is a space station designed by Giger & Lynch. You’re walking the corridors, feeling at ease and comforted but strangely there’s an underlying sense of other worldliness about the environment…something not quite right? Surely Cthulhu can’t have made it to the edge of the universe?

You enter a biosphere with a babbling brook and rolling English meadows and hear what almost sounds like a spidery madrigal, a plaintive voice “Flow my tears…flow my tears….” strong and clear and yet with an undeniable tinge of melancholy. Leaving the biosphere you’re plunged into darker realms, the otherworldliness has transmuted to base menace, there’s something just of sight, lurking at the corner of your eye, not willing to show itself until…until the time is right.

Quickening your pace, you burst through the doors ahead to find yourself in a courtyard surrounded by Moorish buildings with the sun setting behind the minarets. The dervishes and djinn are dancing, but in slow motion, and you’re compelled to join them until the music ceases, leaving you off kilter – not disturbed but dishevelled and disorientated as the musicians leave the stage.

Dead Space Chamber Music played four pieces of music – Food for the Moon (an improvisation); Flow My Tears (a John Dowland adaptation); Screaming Veils (an improvisation) and Je Vivroie Liement (a reworking of a Machaut composition). The music was executed in near dark and Tom Bush, Liz Muir and Ellen Southern delivered the performance with classy, understated aplomb.

The audience awoke in the corridors with Southern amongst them playing a wine glass; the transition from the corridors to the biosphere saw the music fading to black with Southern easing the transition with the rustling of a space blanket. Her vocals (whether singing or vocalising) were strong but just so, and she was a captivating focal point in a less is more way. Bush’s guitar was treated throughout and mostly the source of great swathes of ambience rather than solos or riffs (but there was some welcome heft in Je Vivroie Liement); Muir’s cello was both treated and au naturel, forming the bedrock for the pieces, dragging the sci-fi sounds back to the Gothic. All three musicians worked pedals and shakers both individually and in tandem to dress the soundscapes with misheard noises, unearthly transmissions and sonic emissions.

This was a confident, challenging and satisfying suite of work, the four pieces seguing seamlessly as a collective piece of music and Dead Space Chamber Music are a band that will reward your attention in ways you never thought possible.” - Jonathon Kardasz, Bristol 24/7: Review of performance supporting Bonnacons of Doom (Rocket Recordings)

“Gossamer, hypnotic, yet darkly lucid neo-classical drone-folk out of Bristol, England, the likes of which I've not quite heard. Under their influence, the listener enters an altogether ancient, and post-modern apocalyptic ritual. One where rapturous, rural incantations and cosmic drones combine to usher us back to eldritch places that can only have existed in aeons past (or future,) or in some dusky, uninhabited theatre of the Mind. This is the perfect soundtrack to a World tumbling toward some dire cosmic end, packed with just enough "hope" to inspire us toward new beginnings." - The Unquiet Meadow, Asheville FM (USA)

"Dead Space Chamber Music offer up a crafted dronescape of e-bowed pickups and cylindered frets and a witchy, spiralling sonic topped off with choral gasps and murmuring abstractions ... whorling and wondrous, routing the rich ritualistic vibe as those glints of restrained guitar picked at sun-wheeled vocals...The second track evilled an Edith Piaf-like glow, with a Spanish-tinged guitar for the vocalist to slither a deep melancholic. A vibe that had you totally captivated words theatrically spiralled, illuminated, then liminally spilled, (a performance that ensured a rush to the merch table from the hardest of hearts). The last track percussively pandered a wilder dynamic in a tour de force of claspy thump to gnarly guitar, as Ellen volta(ed) a medieval operatic, later crouching down, a mirror held high above her, circling the venue’s ceiling as their set slowly drowned in a dirgey demise." - Michael Rodham-Heaps, Freq review of Dead Space Chamber Music / New Haunts supporting Rose McDowall
bit.ly/2Cfb4UH

Cover art: untitled artwork by Ellen Southern (vocals), ink and brush on paper, inspired by a woodcut from the Cosmographia (Sebastian Münster). Printed in 1544, it is the earliest known German language description of the world, featuring astronomy, mathematics, physical geography, and cartography.
Other artwork by Ellen Southern featured: Hand Of Glory and its skeleton, Candles (alight, and extinguished before its time).

Bandcamp Daily  your guide to the world of Bandcamp