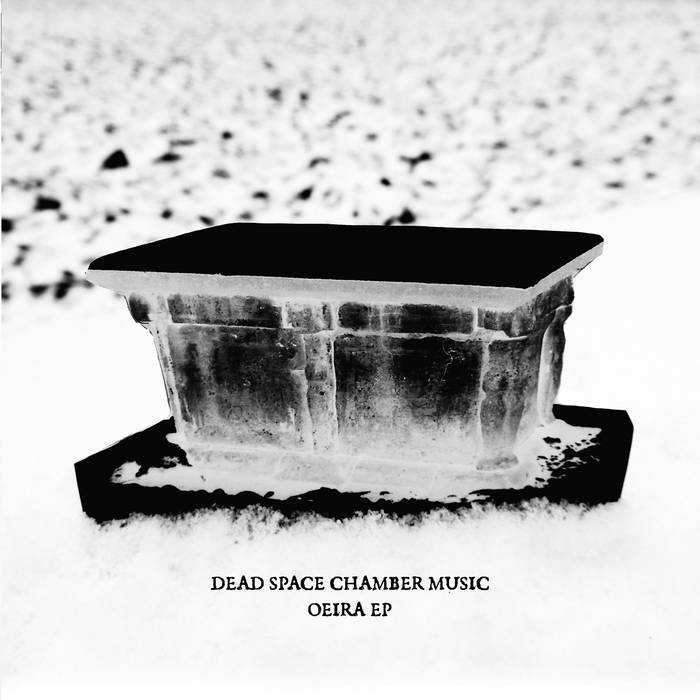 New Haunts Haunting, unique and raw - alive with the hum of ancient rituals, this band creates a beautifully dark ambience and summons an otherwordly experience which you will be bewildered to awaken from. Favorite track: O Deathe Rock Me Asleepe.

"Dead Space Chamber Music are a band that will reward your attention in ways you never thought possible." Jonathon Kardasz, Bristol 24/7 www.bristol247.com/culture/music/review-bonnacons-of-doom-the-cube/

"Gossamer, hypnotic, yet darkly lucid neo-classical drone-folk out of Bristol, England, the likes of which I've not quite heard. Under their influence, the listener enters an altogether ancient, and post-modern apocalyptic ritual. One where rapturous, rural incantations and cosmic drones combine to usher us back to eldritch places that can only have existed in aeons past (or future,) or in some dusky, uninhabited theatre of the Mind. This is the perfect soundtrack to a World tumbling toward some dire cosmic end, packed with just enough "hope" to inspire us toward new beginnings." - The Unquiet Meadow, Asheville FM (USA)

“How beautiful is this!!” - Conny Prantera, The SeeR

The OEIRA E.P is Dead Space Chamber Music’s first studio release, and presents two works, both of which have evolved through playing live. Siren Chant is an early work, developed from a set at the 2016 Bristol Hum festival, which integrates a sound-scape created by Tom, using Ellen’s vocal field-recordings created with the acoustics of the location itself.

O Deathe, Rock Me Asleepe is an interpretation of a lute poem accredited to Anne Boleyn. She supposedly wrote it while held in the bloody tower before she died (1536), with portions of the lyrics sung in the Welsh language, mainly, as Ellen explains, for “expressive sound and emotive connection of it” (Ellen grew up bilingually in West Wales).

The title of the EP is a hybrid word, an amalgamation of ‘oer’ and ‘eira’ (‘cold’ and ‘snow’ in Welsh), and being a newly invented word has no fixed pronunciation. The period of making the E.P. coincided with unseasonably heavy snowfall, which interrupted and altered daily experience, creating the uncanny feeling of a ‘time outside of time’ for those few days.

The band wanted to reflect this feeling in the title, and in the artwork. Ellen created the cover image by photographing a tomb at the nearby Temple Church ruins in the snow, printing it out as a negative, creating a 2d version on cardboard, and taking that back to the ruins to photograph it situ. So the final image is not what it seems and, the band hopes, inherently contains a subtle sense of the uncanny, the mysterious, with the appearance of reality but incrementally and intangibly ‘shifted’.”

O Deathe Rock Me Asleepe is based on a lute poem attrib. Anne Boleyn (1501-1536), and was supposedly written while she was being held in the bloody tower. Partial translation into Welsh by Ellen Southern

Note: Siren Chant was recorded on reel-to-reel tape in the studio, so some authentic tape hiss can be heard in the opening seconds.

Bandcamp Daily  your guide to the world of Bandcamp